For coaches to get the best out of an athlete, he / she must know how to “paint” pictures with words – and tell stories so the athlete can relate to the words. This is achieved by having a selection of coaching cues.

Chosen wisely, coaching cues can explain or describe an execution / expectation in a single word or small phrase – negating the need for huge scientific or mechanical explanations!

As well as having knowledge of the sport they coach, coaches must also have an itinerary of descriptive words and effective delivery methods. Descriptive words, coaching cues, are often what makes a good coach great. A coach is there to help athletes reach their goals. To do this they need to know how to “manipulate” the athlete’s mind to understand what route to take.

Every athletes mind works differently, depending on their individual thought process, upbringing and “feel” of the sport.

Something as simple as an athlete’s upbringing (nurture) can often cause confusion simply because words have different meanings / strengths in different counties and countries!

A coach that knows what he / she wants to achieve but only knows one way of describing / presenting the skill may well be successful with some athletes but encounter frustration and limitations in progress with others.

Conversely, a coach who knows the end goal and has the skills and words to paint a picture in the athlete’s mind possesses the key to a swift, stress-free development.

Every sport has its selection of “textbook” cues:

A coach needs to know these word / phrases, but should also go through the following process when choosing to use them:

Take swimming for example, a textbook cue is to “Push” the water back to arm’s length (mid-thigh area). Why? because the push is the most powerful phase of the stroke! Hold and PUSH the water backwards to move the body forwards.

Push works really well for a lot of athletes, they can mentally picture what to do without actually “seeing” the action in real time – because they are swimming and not looking backwards!

However, for others, push doesn’t paint a good enough picture – perhaps push isn’t a strong enough word and doesn’t create a strong enough reaction, or push makes them think of angling the water downward (“pushing” them up) instead of backwards. Repeatedly telling this athlete to “push!” will not yield results and will likely cause frustration!

This is where the coach needs to modify his / her word selection to match the individual’s needs. Push can be replaced with SLAM, DRIVE, THROW, THRUST, etc. These words are relevant to the end goal – the action is to be forceful, aggressive, powerful…these words paint that picture.

Similar words, such as HEAVE, FLING or TUG are good describing words, but don’t truly describe the aggression needed – so, it is not likely to lead to the desired result.

Similarly, there are very common cues that often lead a lot of swimmers to do the wrong thing – such as pull, or catch, or glide – all are often detrimental as the description is misinterpreted by many swimmers.

Although it is the job of the coach to come up with these cues, it also helps if his/her athletes are mindful of their actions. We stress the importance of mindfulness and awareness on our coached / camp athletes. Trying to teach athletes to feel what is happening rather than just going through the “motions”.

We wrote a mini blog on listening to your inner self last year, using the world’s oldest training tool – our brain.

This allows us to learn the athlete, learning what cues would work for them, and it encourages the athlete to be in tune with their body and get creative with their “painting” skills – applying what we cue! 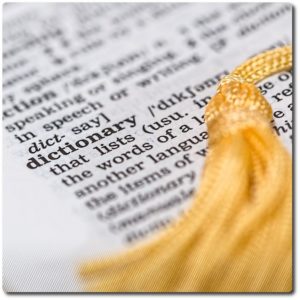 Whether you are a coach, an athlete, or both, think about what it is you are trying to achieve. Analyse the movement (simply, it doesn’t – and shouldn’t – need to be at a scientific or mechanical level) and think about the best way you could achieve progression.

Dig out your old dictionary and thesaurus, or download an app, and create cues that work for you and could aid others!