Triathlon is its OWN sport

Triathlon is its OWN sport

Triathlon is a rare entity and is unlike almost any other sport. Why? Because it comprises three different movements, performed one after another, without rest.

Even though this is obvious, training for triathlon can be complicated by so much advice that causes confusion and inefficiency. We see it all the time – triathletes training as if they were swimmers, cyclists or runners. Trying to precisely mimic the three different movements of skilled single sport athletes is not an efficient way to approach your triathlon training.

The individual sports are “older” and so the training methodology is better established than triathlon. This is a problem for a triathlete as you are coaxed into the belief that you must adopt the movement patterns of the best individual sport athlete if you are to get the best performance out of yourself for triathlon.

This approach is far from ideal as it wastes valuable training time, reduces performance ceilings,  results in performance plateaus, injury and lots of frustration!

As an adult competitor, novice or pro, time is a precious asset. Maybe it is time to realise this and to change your outlook on this multi-movement sport so as to use it effectively.

The key to triathlon success is to recognise that triathlon is one sport. You are not training to be a swimmer, a cyclist or a runner. You are training to race in a triathlon.

Exceptions to this those individuals from a swim, bike or run background and return to the sport after a period of non-participation. time off will have the movements wired into their body. If you are one of these fortunate athletes the movements will still be “wired” in, much to the annoyance of your friends! Your body will have remember the neuromuscular connections and movement patterns you mastered at a young age.

Late-comers to a sport just can’t make up for lost time.


Adults have strength. Even if you are not a swimmer, cyclist or runner, you do have strength, and much more than you had as a child. This is your advantage, but you need to learn to optimise your movements to allow you to harness this strength.

The way you move now is different to how you would have moved as a child; your body is fully developed but it is also tighter and stiffer. So, trying to adopt or copy the methods of specialist swimmers, cyclists or runners is not going to be a way forward for you. 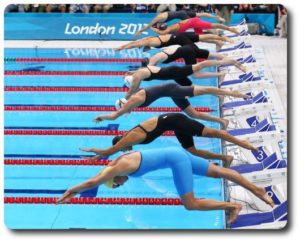 Using swimming as an example, a competitive swimmer will spend between 5-20hours per week in the pool throughout childhood and into youth. They will have mastered the art of swimming at the prime time in their life whilst their body is developing. It is also true that these young athletes do not work on technique until much later in their development – only doing so once the basic movements have been well established from the hours of simply swimming.

At this stage, the swimmer will have time and to use advanced practices / drills to squeeze out as much potential as possible, for those 100ths of a second over 50m!

An adult triathlete is already strong, and can get fast and efficient in the water. However, they do not have the time to devote to just swimming, never mind introducing lots of technique work.

A far easier and more effective route is to spend time swimming, developing more strength and working with the ranges of movement you have. Work with what you have, and don´t change to try something you can´t achieve.

Adults don’t need to spend hours “drilling” movements. Being aware of movement “errors” and knowing how to correct them within the whole movement is more effective than isolating specific parts of a movement by performing drills.

Drills are generic and borrowed from the elite/pro athlete. Just because Michael Phelps did a “special” drill that worked for him doesn’t mean you will benefit! The drill was designed for him and his errors, you have your own errors and so your own processes for correction/improvement.

Your unique movement corrections / processes could be as simple as pushing back to arm’s length – a very common shortcoming.

Time spent on drills is often a waste of training time. Drills are often performed, and even coached, incorrectly as the basic flexibility and movement patterns don’t allow it!

The same applies to bike and run.

What is a triathlon?

Triathlon is one sport, it is made up off a swim, bike and run, with transitions and fuelling and hydration without rest!

To become effective at it you need to train it. 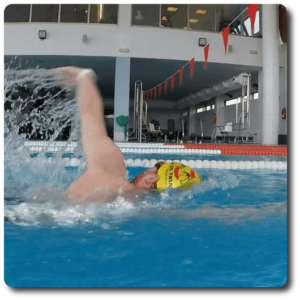 You need to continually build strength and endurance so you can swim the distance with MINIMAL impact on energy and leg fatigue. Even though the swim is the shortest section of a triathlon, it will have a huge impact on the outcome of your race. 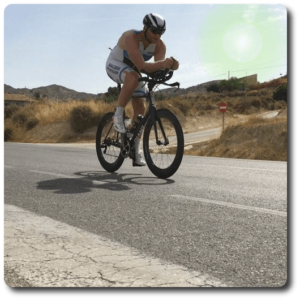 The sole purpose of the bike is to get you from the swim to the run. Train to be strong, STOMPing bigger gears, rather than spinning in lighter gears. Lower cadence riding lowers heart rate and cardiovascular stress while minimising run muscle fatigue.

Cycling at high cadences, trying to adopt the “scraping and pulling up” action, as well as an incorrect bike setup (as advocated for “specialist” cyclists) will massively impact your run ability. 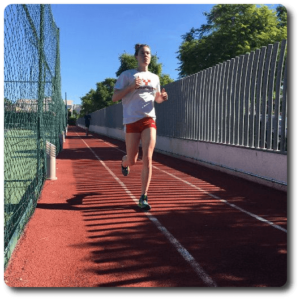 Train to survive the run! The run will always be hard, no matter how effective the swim and bike, due to accumulated fatigue and muscle usage in the bike.

A tall, fast shuffle / speed walk action is easier to adopt and maintain to prevent “collapsing” forwards, bonking and injury.

Training must reflect these style of swimming, cycling and running and it is important to tailor the movements to the individual by accounting for gender, age, strengths, etc. A  triathlete with a background in swim, bike or run and having movement patterns established may not be need much, if any change.

Learn to look at triathlon as one sport, not three separate sports.

Each section of a triathlon will have a knock-on effect to the other. Attempting to perfect each single sport with the technique of the single sport specialist will only take you so far and may even hinder triathlon performance. A different, and sometimes less attractive, technique must be adopted – FUNCTION vs FORM.

Time is limited for most athletes. Train SMART, train triathlon as a single sport with the time you have.