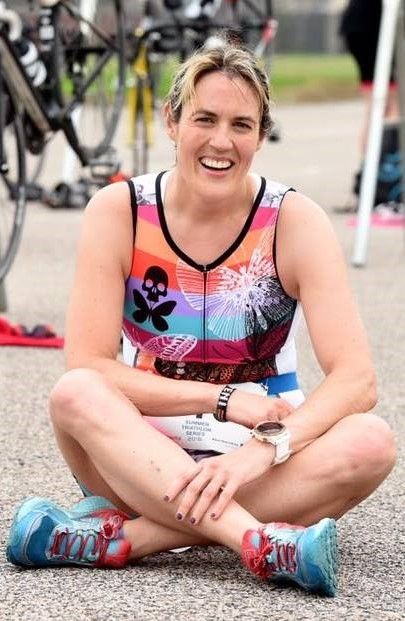 Competing history:
I started triathlon May 2015 with novice local race, progressed to various local sprint distances in summer of 2015- 2016. Competed in first standard Loman race in April 2017 and progressed to first 70.3 race July 2017

Your future goals:
To continue with middle distance races and maybe complete full ironman race in the further

Which camp have you attended:
My first camp was in April 2016 (triathlon) and second camp January 2017 (swim camp). I first wanted a camp that included a swim video analysis to help improve my swim and from that first camp Martin has been coaching me for the last 16 months.

What do you enjoy about our training approach:
My training timetable is fitted round my life. Although it is online coaching Martin is always available to answer queries and calm nerves via email or what’sapp.

Number 1 fact learnt from our coaching:
I can become fitter and faster by spending less time training and training at an easier level!

Other:
Having a coach has given me more quality time with family and allowed me to perform better in my racing too- win win for not only me but my husband too!