We have two options for you this time round; listen to Gary Reinl, the Anti-Ice Man, be interviewed in a two-part series or a shorter faster paced single episode – or, as we’d recommend, listen to all three! 😅

Part 1 and Part 2, hosted by Jase Kraft on “The Science of Sports Recovery” podcast.

The shorter episode is hosted by Dr. Aaron Horschig of the “Squat University” podcast.

The two-part series introduces Gary and a little of his life, touching on a few key points in his youth that gave him confidence to be outspoken and against the grain – even when he was speaking the truth.

These events helped him to feel able and confident to counter what was supposedly science and adopted by world class coaches, health professionals and the (sometimes angry) misinformed public!

We are sure you can relate to Gary with these points, probably having experienced similar incidents at some point. How did you move on from them and progress?

The human body has evolved over millions of years into a complex system that is fully able to deal with many aspects of everyday life. Through homeostasis, the human body maintains stability by self-regulating temperature, hormone levels, hydration levels, etc to adapt to different environments, can fight off infections and heal if damaged. It’s pretty amazing! 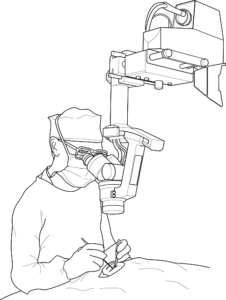 Over the last century in particular our understanding of the body has progressed through medical science. We have developed various procedure that have improved the quality of life and helped support the natural processes the body has developed.

Unfortunately, science has not always been correct, or interpreted correctly, and has led to numerous harmful and even fatal consequences.

Medical science becomes useful in being able to identify and act upon occasions when an individual has an autoimmune disease so that intervention provides support the healing processes; otherwise nature can nearly always manage adequately.

Virtually everyone has at least heard of the RICE protocol; it is the standard protocol we are all taught on first aid courses, health professionals are taught in their studies, etc. If you are the first point of call at an incident where an injury is sustained, you are taught to RICE.

RICE is the go-to protocol for the treatment of almost every kind of injury, ache and pain, including the after effects of training, known as DOMS (delayed onset of muscle soreness). Everyone from the mother treating her child to top level coaches to medical experts advise the same thing – RICE, or at the very least, the ice.

If RICE is incorrect, how did it become so commonplace? Well, it seemed like a good idea in 1978, when Dr Gabe Mirkin released his “Sportsmedicine Book” and coined the acronym RICE. Despite being a medical doctor and understanding human biology, specifically the auto-healing processes, he misunderstood information he gathered regarding the use of ice and made a gross error in concluding the benefits of the application of ice!

In the 40 years since its release, it turns out that RICE could have had severe consequences for a lot of people, including many athletes, around the world – all based on the incorrect interpretation of data!

Note that Dr Gabe Mirkin has since retracted his advice regarding the efficacy of the RICE protocol and has written the fore wording for the second edition of Gary’s book and publicly posting articles / interviews.

An overview of the RICE protocol

The RICE protocol, as described by Dr Mirkin, and, as an example taken from WebMD (but is the same in all other sources) is:

Isn’t it interesting that Gary highlights that Dr Mirkin added the “E” to his original protocol to produce a more memorable phrase; RIC is not as catchy or memorable as RICE!

Let’s look at the real effects of applying the RICE protocol:

The RICE protocol is bad enough in the early stages of an injury / aches but becomes more damaging if used intermittently over time as the healing process is continually being delayed.

Thankfully though, most people shortcut the four RICE points and focus mainly on the icing with a beg of frozen peas, ice bathing, etc as these are the “cool” things to do (pun intended 😂)

What icing does do

Icing does numb pain, slows blood flow and reduces swelling to and at an injury site, but there is a cost. As icing delays messages from being sent to get the healing process started and delays the removal of waste the healing process is similarly delayed.

Short-term pain relief at the expense of a long-term increase of “duller” pain and slower recovery.

CAVEAT: Gary did mention that in exceptional circumstances icing can be useful; two examples from the three podcasts were:

Swelling and the lymphatic system

The injury site is going to swell naturally at some point; it is part of the healing process; RICE will only delay the inevitable as most injuries will still swell once the RICE protocol is stopped.

We should respect the power of the human body in that inflammation and swelling is not bad, it’s just part of the recovery process.

Swelling is the build-up of waste – dead tissue, fluids, etc from the injured tissues and to remove this waste we have the lymphatic system that is effectively the “sewage” system.

There are around 165,000miles of lymphatic “pipelines” in the body that continually transport waste and leaked fluids from undesired areas of the body.

Unlike the cardiorespiratory system, the lymphatic system is “passive” in that there is no pump. Muscle activation is required to create pressure differences and pump the waste fluid from the site of the injury to the lymph nodes and heart for removal.

In summary, icing injuries numbs muscles and delays messages from being sent by the injury, which in turn delays the repair process by delaying swelling and the removal of waste fluids – NOT GOOD! 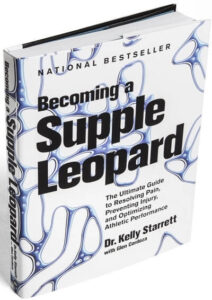 Dr Kelly Starrett made a casual YouTube video with Gary on icing that had quite a large impact on the CrossFit and weightlifting community and went viral and really started to make the public realise that icing (and RICE) is not good for recovery.

Why did these “rough and tumble” tattooed weightlifters and Cross Fitter’s quickly understand and adopt Gary’s rationale, whereas there are many professional coaches, doctors and therapists that didn’t?

As Gary points out, the real interpretation of science (simple human biology), is difficult for many coaches, physios, doctors, etc to admit to; they know they would have to admit to mistreating potentially hundreds of thousands of patients, including many top athletes.

STOP falling into the trap of following “traditional” advice – RICE and ice is NOT helpful.

Does Cold Therapy – for Adaptation and Discipline – make sense?

Ice bathing for adaptation to training or mental discipline has become a real trend, especially as a means of gaining that extra percentage of recovery or even discipline.

Bathing in ice, having a cryo-chamber session or taking cold showers for mental discipline is one thing, but as an attempt at improving adaptation to training is another. Icing an injury or muscles cools the area and inhibits the body’s ability to repair, recover and adapt.

Using cold “therapy” as part of a mental discipline strategy needs to be strategically applied if you also train regularly as it will inhibit recovery and adaptation. Cold immersion should be timed as far away from training as possible to minimise the impact; Gary suggests that a 24-hour gap between training and cold therapy is preferable.

This is just not feasible for almost all athletes, who would find it difficult to fit in regular 24-hour gaps into their planned training sessions; many athletes (MoT athletes included) have multiple sessions a day, 7 days a week!

Cold therapy as a means of mental training / discipline is NO MORE BENEFICIAL than any other process we might individually have. The act of focusing and overcoming “chatter” in your mind can be achieved in many settings.

EVERY training session provides an opportunity to be disciplined; the sessions require you to start them, to be focused on the session goals, to listen to your body, to fulfil required times / distances / intervals, etc – this all takes discipline to do it well.

Developing discipline whilst training is exactly the time to focus as it is specific for what is required come race day, you will have hundreds of discipline hours under your belt. It is also much more time efficient; you don’t need more time to dedicate to another training regime.

CAVEAT – a note from us – it might be beneficial for some triathletes to “practice” cold water exposure before swims or to use a cool open water site to learn to acclimatise for races with “cool” water swims. This method would be used to prepare the body and mind to perform on race day, not for training adaptations or even discipline.

If you want to heal and recover faster, or rather, at the body’s fastest rate, don’t follow the RICE protocol!

Resting, icing, compressing and elevating an injury is only going to slow the body’s ability to start healing. The body knows what it is doing, it has evolved an optimum system over millions of years. Science isn’t always smarter than mother nature, especially if the science is misinterpreted and not thought through logically.

We encourage you to visit Gary’s website and investigate his articles and even invest in his book. Nothing he presents is new or “his” findings. Gary is simply reminding people that the original observations of the body’s recovery processes were right, and that RICE isn’t correct for fast and optimal healing.